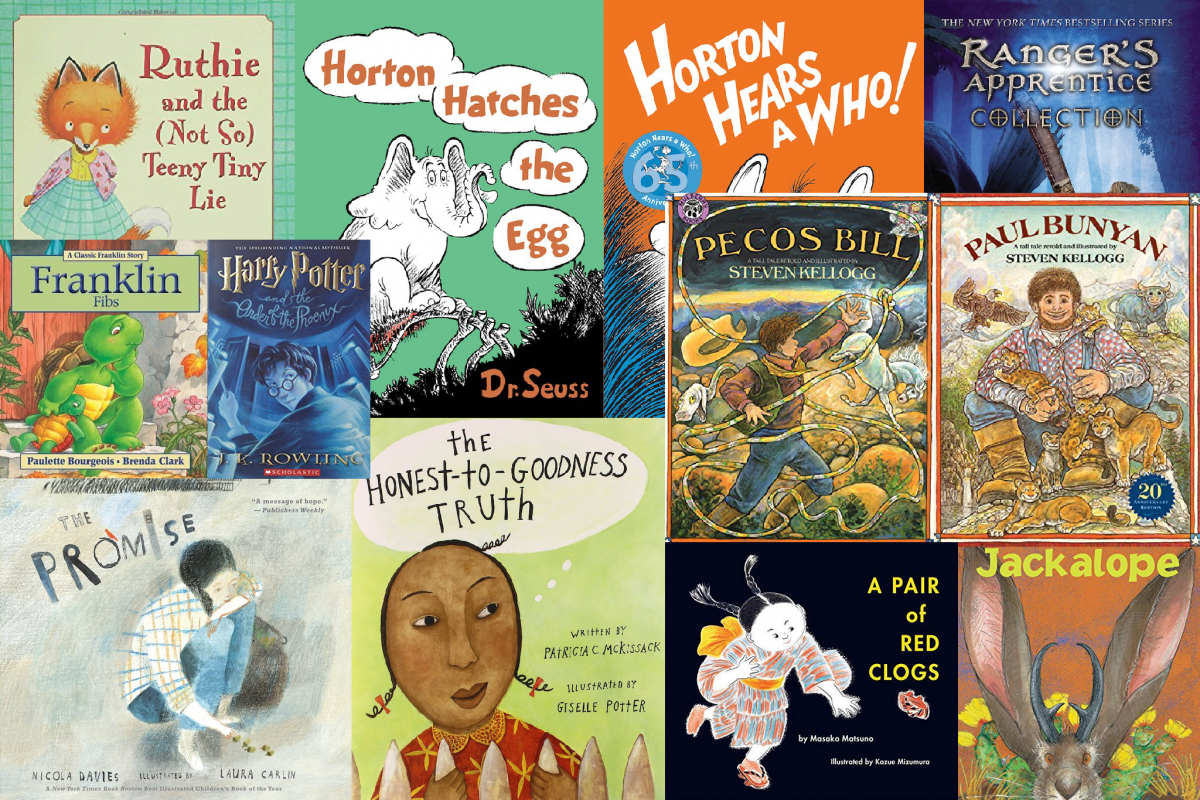 “Knowing what’s right doesn’t mean much unless you do what’s right.”
— Franklin Roosevelt

INTEGRITY: Having the inner strength to be truthful and trustworthy, acting justly and honorably, and being consistent in words and actions.

This week we have for you a variety of books that have been specifically selected for the example set by the characters and/or the lessons they learn about the importance of integrity. Integrity can sometimes be a difficult character trait to define for kids—however, they usually know it when they see it (or hear about it). Why not pick up a few of these titles to read aloud together and allow the stories to inspire discussions about what it means to be a person of integrity. And for those of you with older kids, don’t forget that they not only still benefit from being read aloud to, but they can enjoy and learn from a good picture book as well. 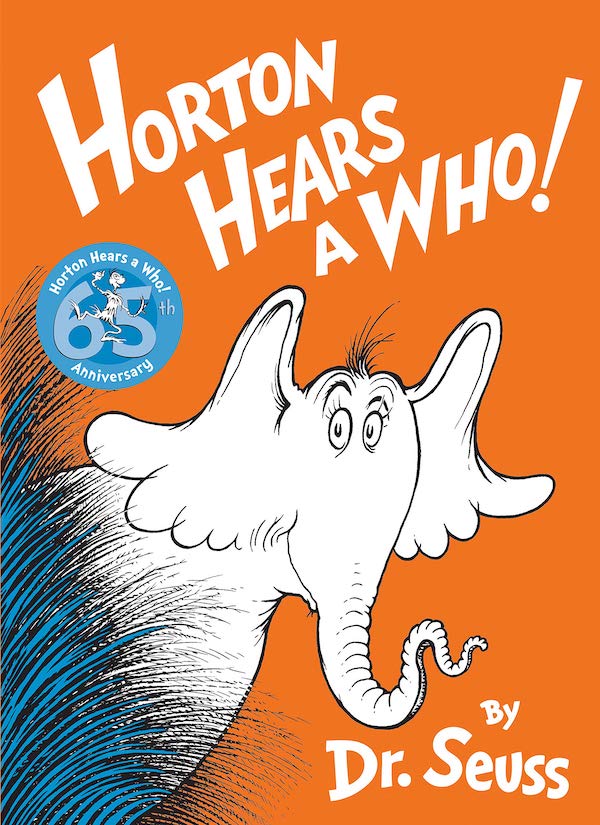 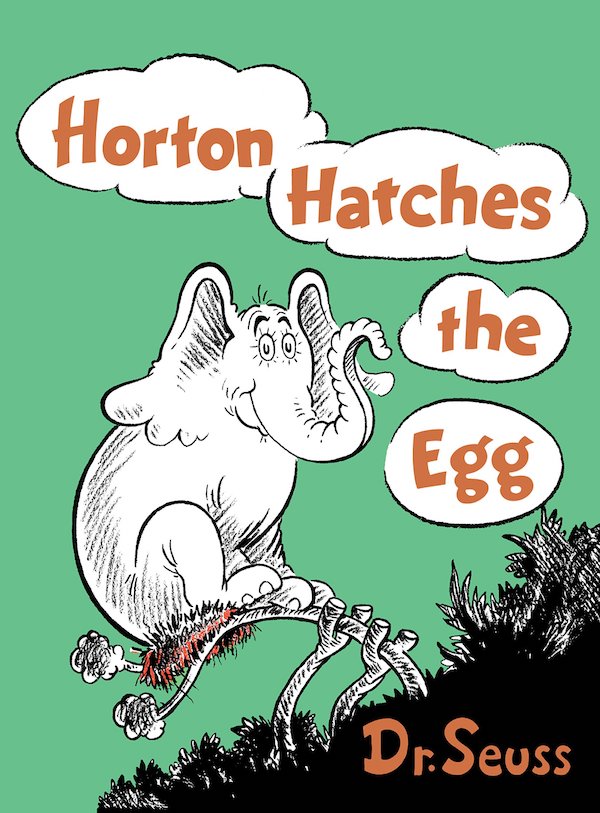 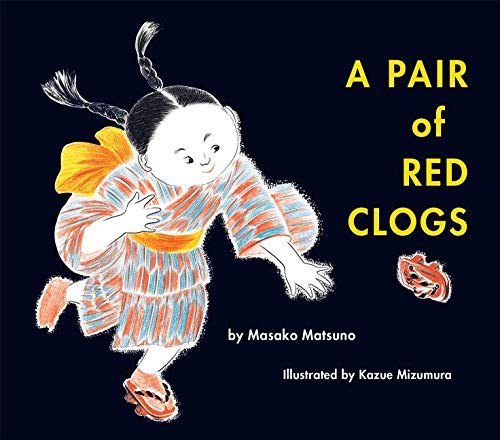 Horton Hears a Who by Dr. Seuss
In the jungle pool, Horton the elephant hears a tiny noise, and discovers something that at first seems impossible: a tiny speck of dust contains an entire miniature world–Who-ville–complete with houses and grocery stores and even a mayor! But when no one will stand up for the Whos of Who-ville, Horton uses his elephant-sized heart to save the day. Horton withstands mockery and stubborn opposition, honoring his commitment to protect the Whos.

A person’s a person, no matter how small.

Horton Hatches the Egg by Dr. Seuss
When lazy bird hatching an egg wants a vacation, she asks Horton the elephant to sit on her egg. Little does Horton know that Maysie is setting off for a permanent vacation in Palm Springs. He waits and waits, never leaving his perch, through a freezing winter, through the insults of his friends, until he finally reaps the reward of his faithful service.

I meant what I said and I said what I meant. An elephant’s faithful one-hundred percent!

A Pair of Red Clogs by Masako Mizumura
Mako, a little Japanese girl, is delighted with her new wooden clogs, painted with gleaming red lacquer. But then she cracks her new clogs playing the weather-telling game. She so longs for a bright, shiny new pair to replace them that she does a dishonest thing. A grandmother recalls this story for her granddaughter, which makes this story especially moving. Curriculum for preschool this year, this book is another classic that rewards retelling. (For ages 4+)
We have a Kindergarten Book A Week unit on this book to really make it come alive! 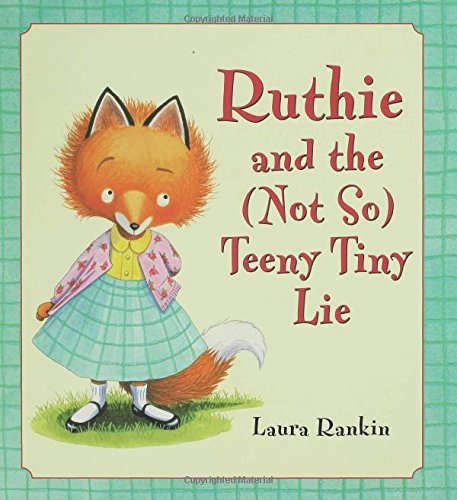 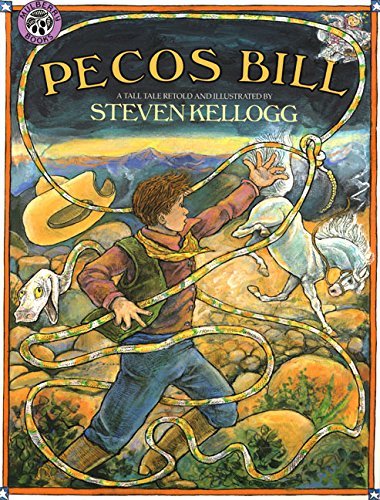 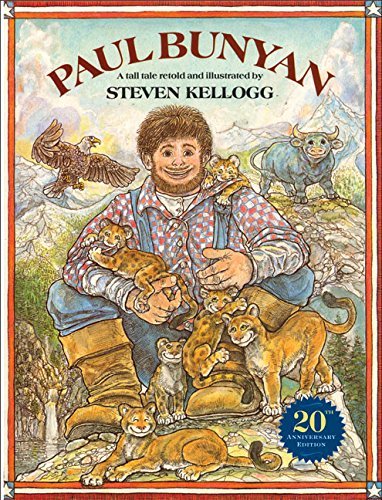 Ruthie and the (Not So) Teeny Tiny Lie by Laura Rankin
Ruthie, an expressive and well-dressed little fox, loves tiny things. When she finds a teeny, tiny camera at recess, she claims it as her own– even though her classmate says it is his. For the rest of the day, Ruthie cannot concentrate; her stomach flip flops; she has no appetite. Her mom and dad, and her teacher handle the situation with wisdom and compassion. Her confession brings relief and forgiveness. A sweet story that normalizes a common childhood experience. (For ages 4-7)

Pecos Bill by Stephen Kellogg, illustrated by Laura Robb
American tall-tales are a great springboard for discussions of truth and story-telling. Are tall tales lies? Pecos Bill is the larger-than-life Texan who invented cattle roping, lassos (practicing on a mountain lion), round-ups and rodeos. Steven Kellogg’s colorful inventiveness and exaggeration and his knack with language make him an ideal teller of tall tales. Laura Robb’s rollicking, colorful illustrations portray the Pecos Bill as a perpetual boy. (For ages 4+)

Paul Bunyan: a Tall Tale written and illustrated by Stephen Kellogg
This one recounts the life of the extraordinary lumberjack, whose gigantic size and hyperbolic strength brought him many fantastic adventures, along with Babe, his big blue ox. (For ages 4+) 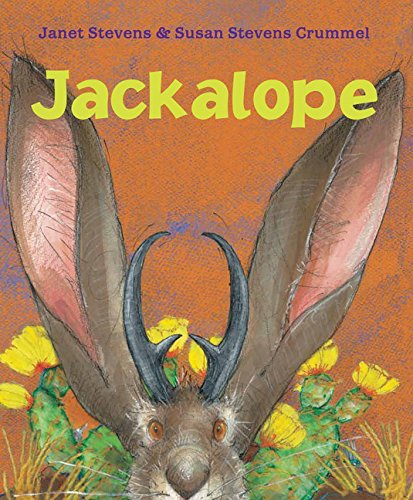 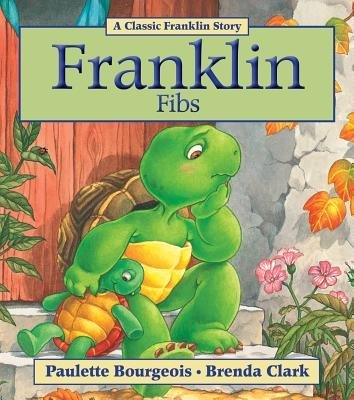 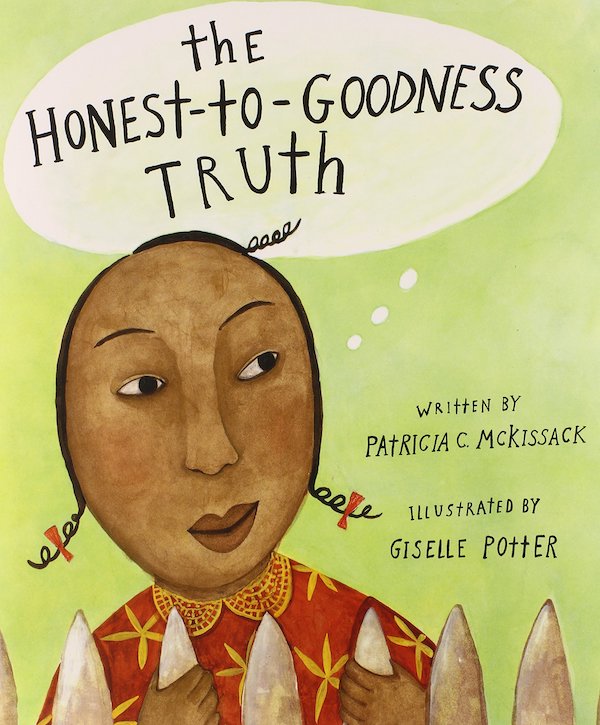 The Jackalope by Susan Stevens
A jackrabbit who wishes to be feared asks his fairy godrabbit for horns, and becomes the first jackalope! His fairy god-rabbit grants the wish with one condition: he must not tell lies. Sassy storytelling in the tradition of American tall-tales, with humorous art. By the author of Tops and Bottoms. (For ages 4+)

Franklin Fibs by Paulette Bourgeois, illustrated by Brenda Park
Franklin the turtle has lots of friends, and each one has a special talent. Bear can climb the highest tree, Hawk can fly over the berry patch without flapping his wings, and Beaver can chop down a tree with his teeth. “I can swallow 76 flies in the blink of an eye,” Franklin fibs– but then his friends ask him to prove it!  Franklin quickly realizes he needs to tell his friends the truth. (For ages 4+)

The Honest to Goodness Truth by Patricia McKissack and Giselle Potter
When Libby is caught in her first lie to her mama, she makes a decision: “From now on, only the truth.” Soon she’s spreading the truth all over town–about the hole in her friend Ruthie May’s sock, and the fact that Thomas didn’t have lunch money and needed to borrow some from the teacher, and how old Miz Tusselbury’s yard looks like a jungle. By now, no one is talking to Libby. Perplexed and glum, she turns to her mama for another lesson on telling the truth. But it isn’t until Libby gets a small spoonful of her own medicine that she really grasps the difference between the right way and the wrong way to tell the truth. The folk art style illustrations perfectly capture this humorous and poignant story by an award-winning author. (For ages 5+) 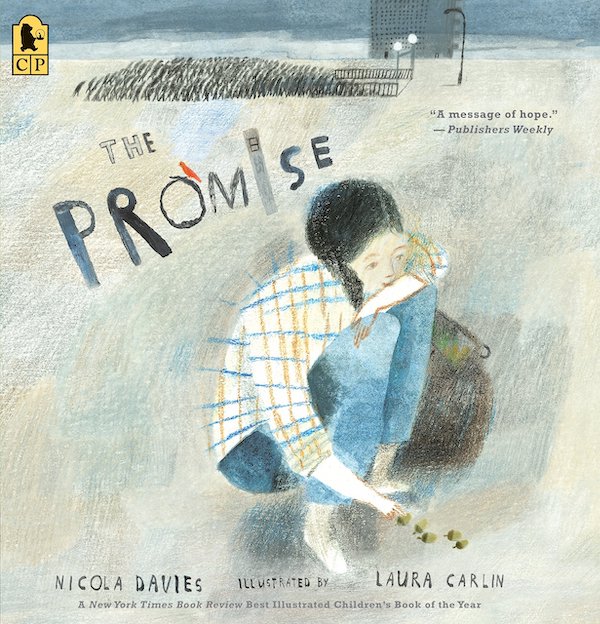 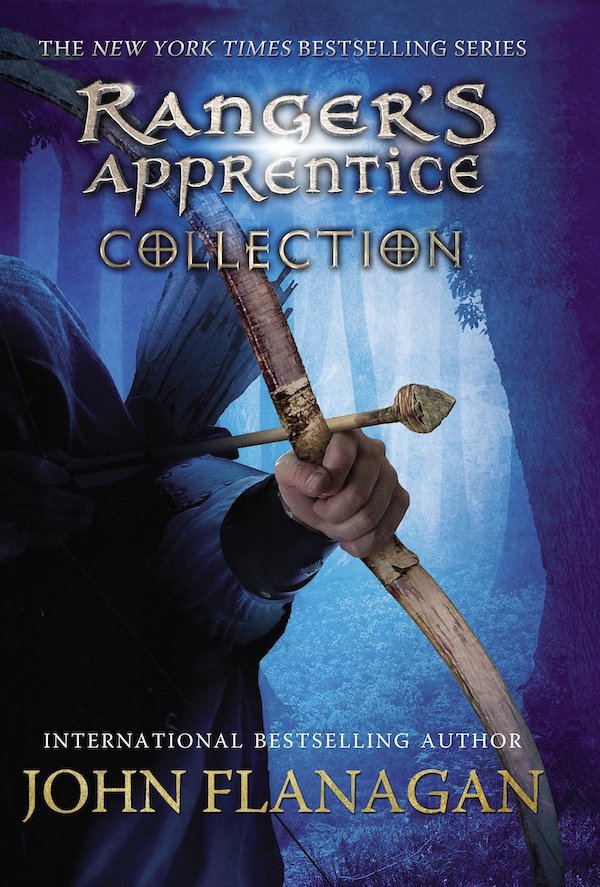 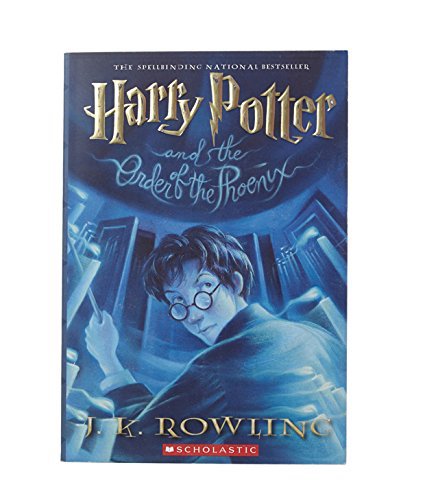 The Promise by Nicola Davies, illustrated by Laura Carlin
The book begins on a mean street in a mean, broken city, where a young girl tries to snatch an old woman’s bag. But the frail old woman resists with the strength of heroes and says the thief can’t have it without giving a promise in return. Inspired by Jean Giono’s 1953 story, L’homme qui plantait des arbres. The illustrations of a chalky, ashy landscape gradually are sprinkled with more and more color as the world becomes a better place, finally in full-color for a positive, life-affirming ending. (For ages 5+)

Ruins of Gorlan by John Flanagan (Ranger’s Apprentice Series)
15-year-old Will, always small for his age, has been chosen as a Ranger’s apprentice. What he doesn’t yet realize is that the Rangers are the protectors of the kingdom.  The Rangers value honesty, community and courage and are highly trained in the skills of battle and surveillance. Also, the Rangers fight the battles before the battles reach the people. And as Will is about to learn, there is a large battle brewing. (For ages 11+)

Harry Potter and the Order of the Phoenix by J.K. Rowling
Harry is 15, and eager to begin his fifth year at Hogwarts, when the suburban peace of the Dursleys’ manicured lives is shattered by a magical intrusion. But the Minister of Magic denies that anything is amiss, and refuses to believe what Harry Potter continues to report: Voldemort has returned. As the Ministry takes over Hogwarts, Harry finds support from his loyal friends in resisting evil in all its forms— including the chilling evil of bureaucratic functionaries. Harry in this book is a bit irritable, a bit distracted by his first crush, a bit stubborn, and altogether admirable in maintaining his integrity and telling the truth, no matter the personal cost: “I must not tell lies.” (For ages 11+)