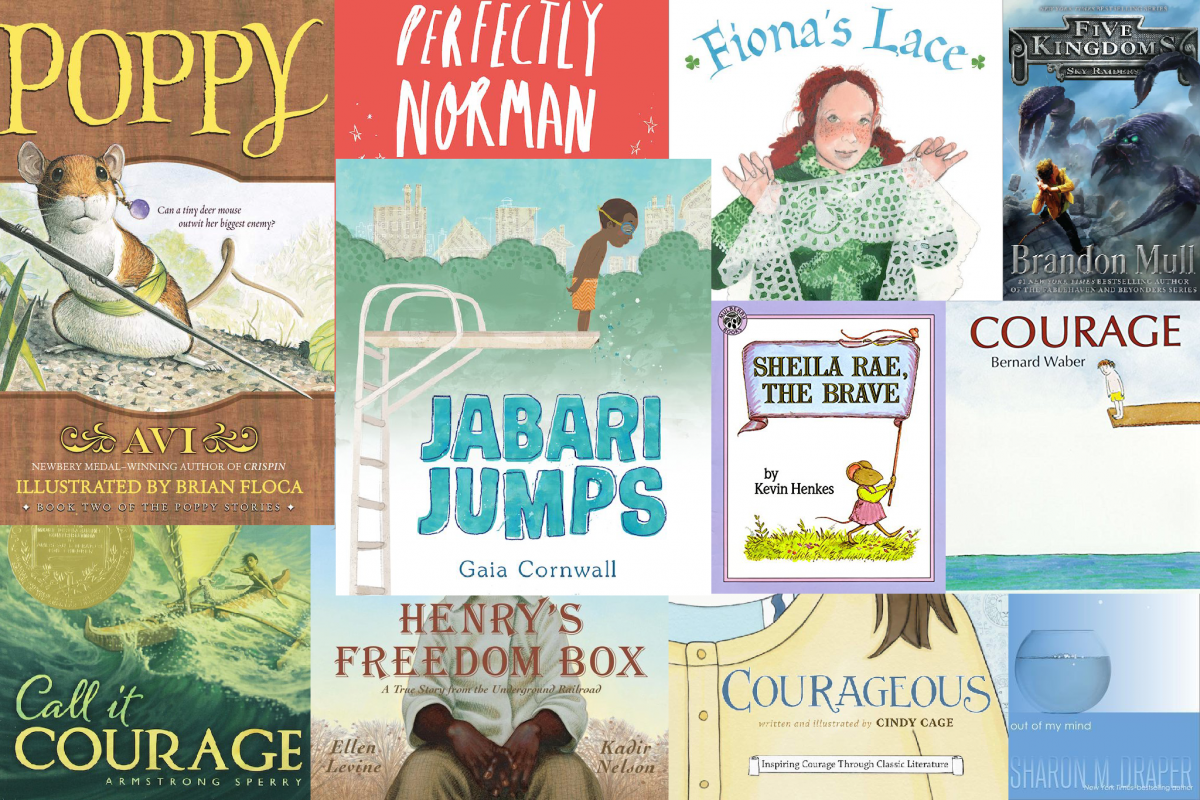 “You have plenty of courage, I am sure,” answered Oz. “All you need is confidence in yourself. There is no living thing that is not afraid when it faces danger. The true courage is in facing danger when you are afraid, and that kind of courage you have in plenty.”
― L. Frank Baum, The Wonderful Wizard of Oz

COURAGE: Attempting difficult things that are worthwhile and facing difficulties and challenges with determination to do the right thing even when others don’t.

Catch Phrase: Dare to be different!

Courage—how different it can look for each of us. As fear and courage are close companions, what I’m afraid of often feels as individual as my fingerprints are to me, so when I am being brave it may go unnoticed by others. And courage can already feel lonely enough! But courageous moments are huge opportunities for growth and becoming—each moment of bravery is both an act of self-confidence and building up confidence in yourself—it’s a realizing of you are and want to be. And as I observe my own toddler, I see her own acts of bravery—like climbing up a rock wall, getting shaky, and then deciding to keep climbing higher than she has before—and do my best to cheer on these moments. My hope is that these moments set a foundation where courageousness is celebrated and worthwhile. And as she gets older, she is emboldened to stand up for what is right even when it’s hard and she may be the only one—that she sees fear as an opportunity to grow and become. What acts of courage, both big and small, have you seen your children take? Take time to share together and celebrate! And you? How have you been brave lately?

As always, our librarians have curated a wonderful book list for this month’s character trait. There is courageous literature here for all ages and many great read alouds! May I suggest you all pour yourself a cup of tea, and imagine it to be a cup of courage—with every sip you become a bit more brave to face the day. 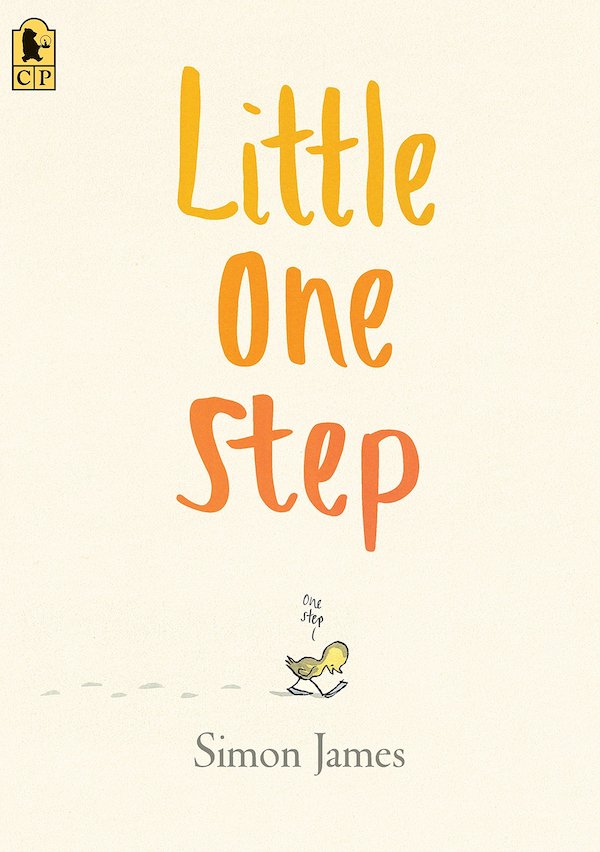 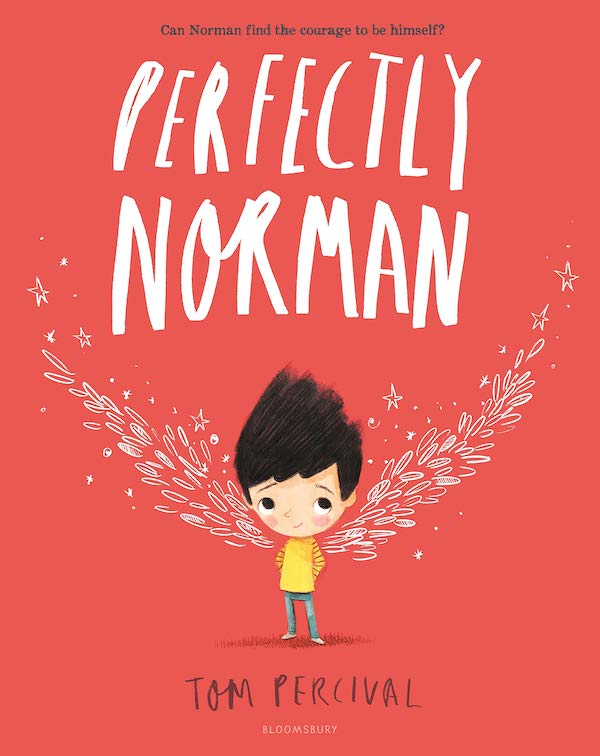 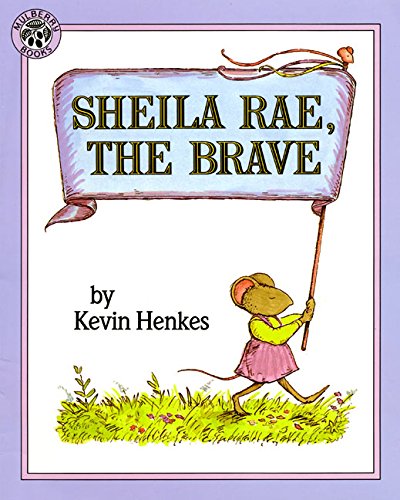 Little One Step by Simon James
Lao Tzu said, “The journey of a thousand miles begins with one step,” and this sweet book tells the story of a duckling who discovers the courage to do just that. (For ages 2+)

Perfectly Norman by Tom Percival
Norman is happy to discover he grew a pair of wings overnight but quickly hides them under his jacket, embarrassed to be different.  He finally decides to be brave and takes his jacket off and realizes there is no such thing as perfectly normal. (For ages 3+)

Sheila Rae, the Brave by Kevin Henkes
By the author of many popular children’s books, here’s another funny and warm-hearted story about siblings and courage. Sheila Rae, the self-declared brave one, needs a little support when she finds herself lost and scared, and thankfully her sister is there for her. (For ages 3+) 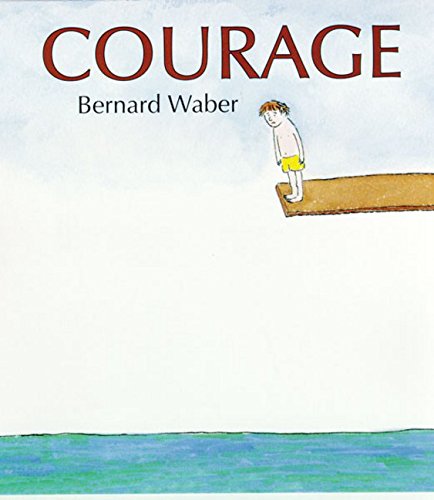 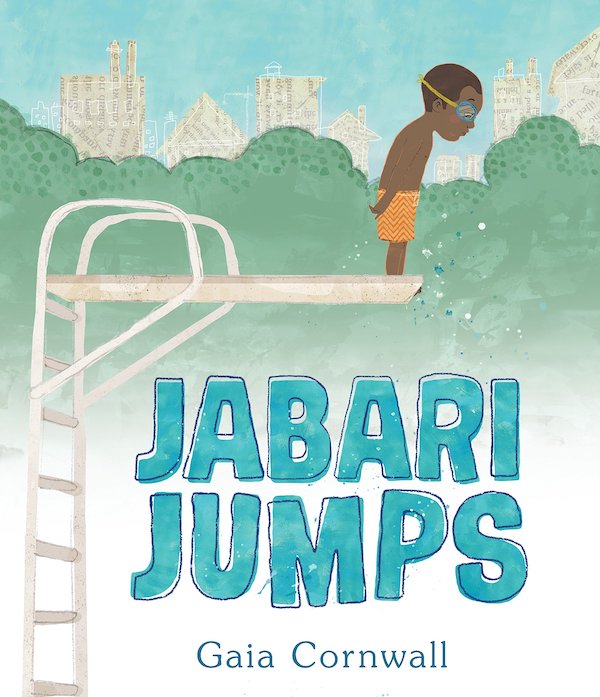 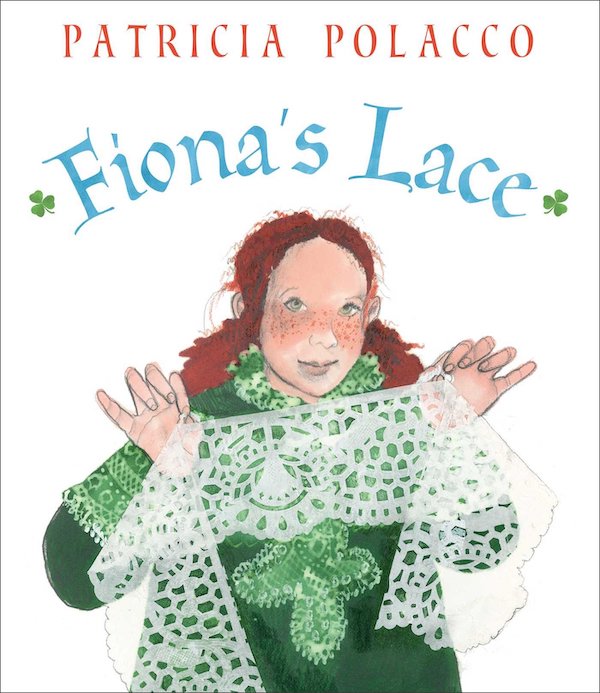 Courage by Bernard Waber
This book for little ones explores the many different kinds of courage, including the ordinary, everyday kinds like “being the first to make up after an argument,” or “going to bed without a nightlight. (For ages 4+)

Jabari Jumps by Gaia Cornwall
An endearing story of a boy who is getting up the courage to jump off of the diving board, with the help of his patient and encouraging father. (For ages 4+)

Fiona’s Lace by Patricia Polacco
Many years ago, times were hard in all of Ireland, so when the passage to America becomes available, Fiona and her family travel to Chicago. They find work in domestic service to pay back their passage. Then when the family is separated, Fiona’s courage brings the family back together. (For ages 4+) 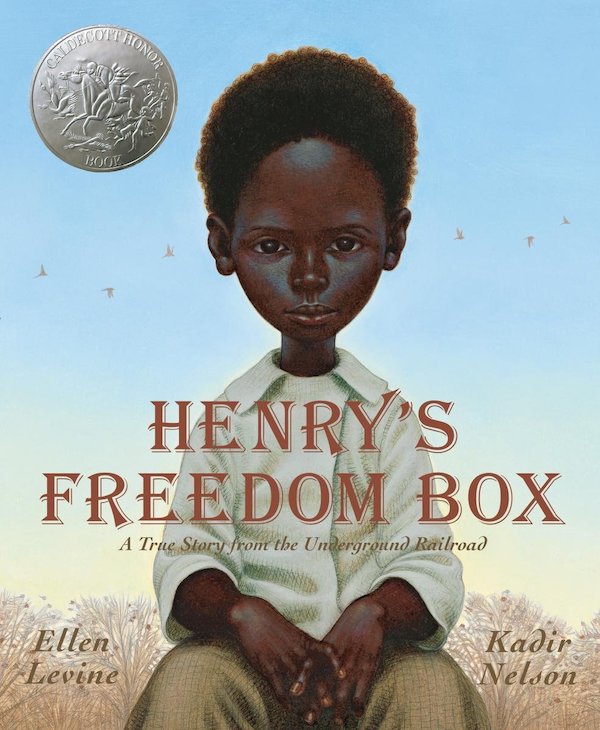 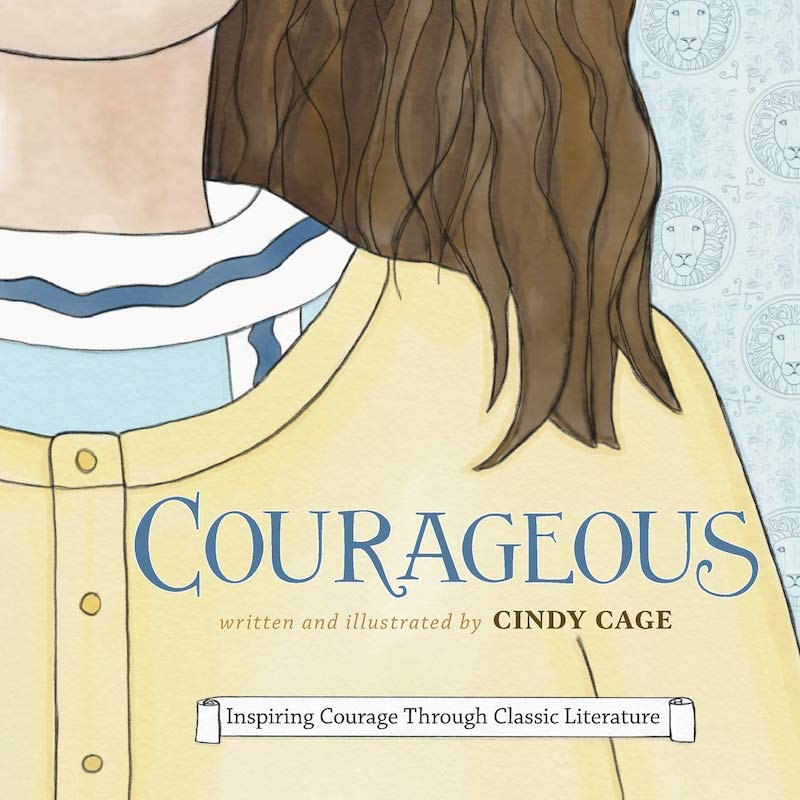 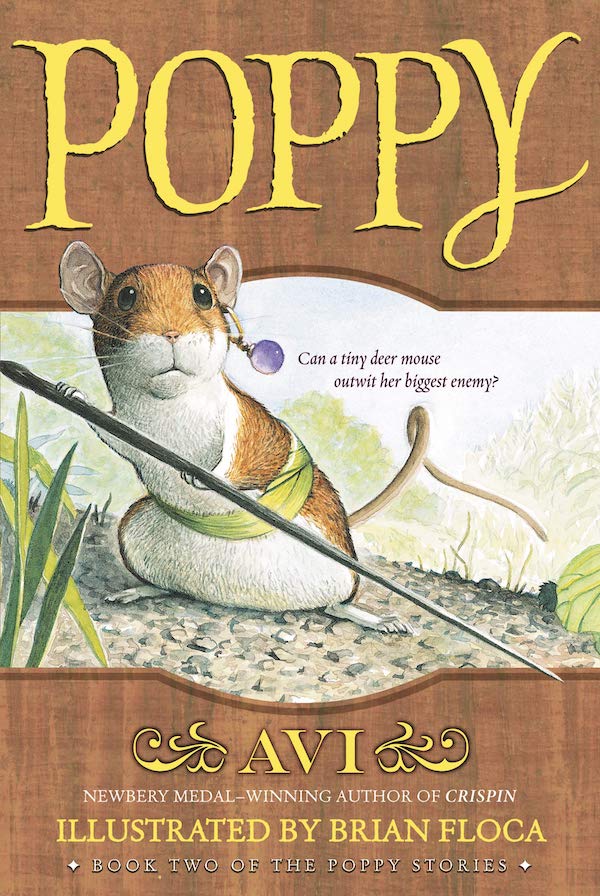 Henry’s Freedom Box: A True Story from the Underground Railroad by Ellen Levine
This award-winning book gives the riveting account of a slave who courageously mails himself to the North to gain his freedom. (For ages 7+)

Courageous: Inspiring Courage through Classic Literature written and illustrated by Cindy Cage
Now available in our bookstore, this beautifully illustrated picture book profiles nine beloved heroines of classic literature, from Elizabeth Bennet to Anne Frank. A portrait of each heroine accompanies her story in rhyming verses. “Each of these heroines merits our praise. They all face their fears in their own unique ways.” (For ages 7+)

Poppy by Avi
When Poppy, a courageous deer mouse, attempts to move with her family to a different part of the woods where the food supply is richer, Mr. Ocax refuses to let them go. Despite what she’s been led to believe for years, Mr. Ocax is not as strong as he wants the mice to think he is. Poppy embarks on a dangerous quest—joined by the lovable porcupine, Ereth—to defeat Mr. Ocax and lead her family to a better home. (For ages 8+) 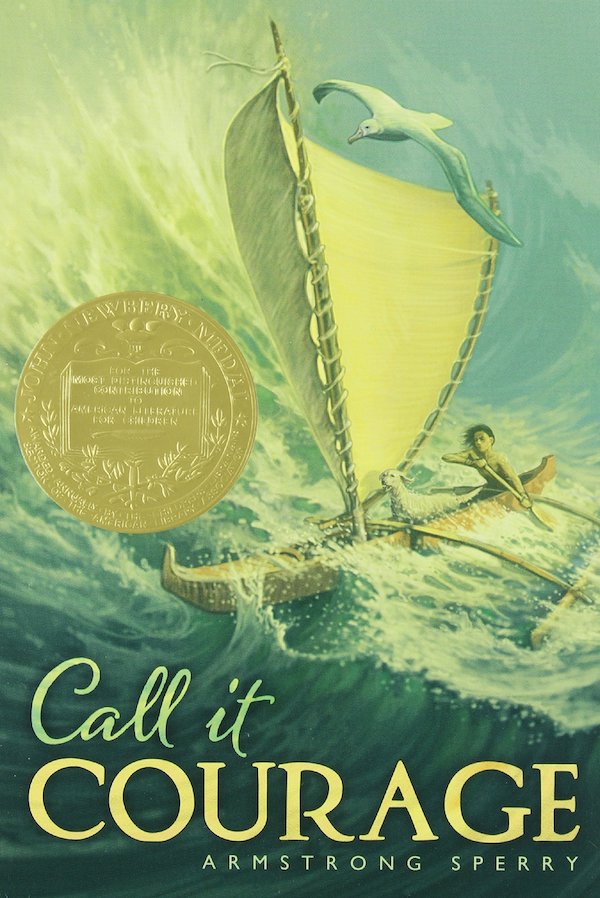 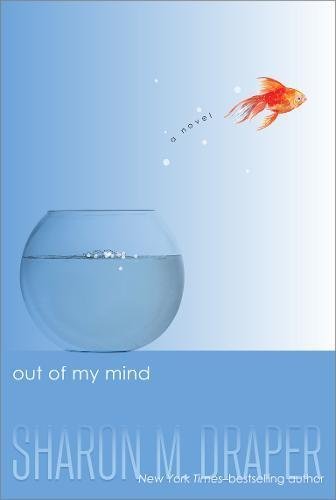 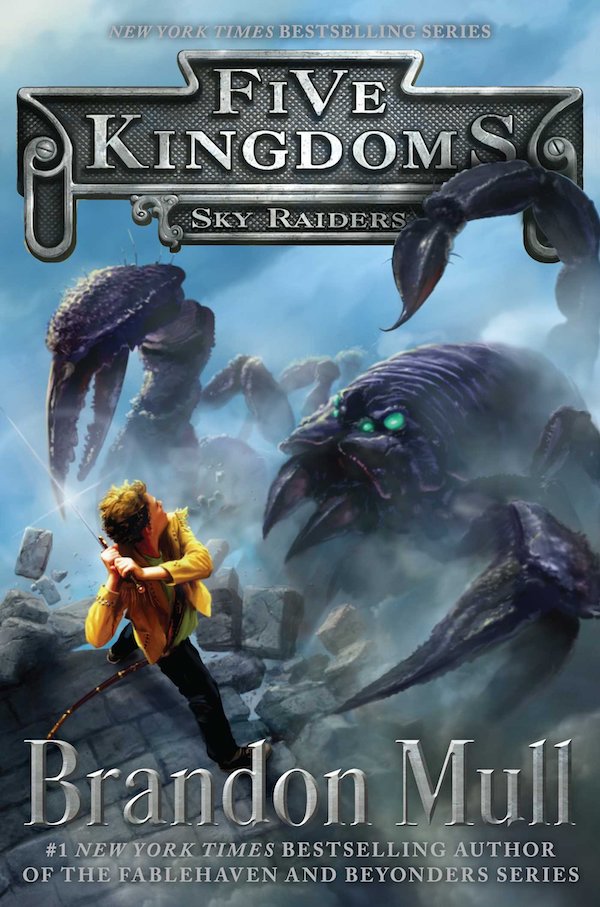 Call It Courage by Armstrong Sperry
The sea took Mafatu’s mother when he was a baby. So, he feared and avoided the sea. His sea-faring Polynesian people branded him a coward. But Mafatu decided he had to conquer his fear– so he went off in his canoe, alone except for his little dog and pet albatross. (Fans of Disney film might enjoy contrasting Mafatu with Moana.) This Newbery award-winning classic is on the Must Reads list. (For ages 8+)

Out of My Mind by Sharon M. Draper
Born with cerebral palsy, Melody, 10, has never spoken a word. She is a brilliant fifth grader trapped in an uncontrollable body. She’s not complaining, though, as she has the support of her family, good neighbors, and an attentive student teacher. Her supportive family eventually sets her up with a computer that finally lets her “talk.” When she is transitioned into the regular classroom, Melody’s undeniable contribution enables her class to make it to the national quiz team finals. The book reveals the quiet strength it takes to overcome disabilities and the misconceptions that go with them. (For ages 10+)

Sky Raiders by Brandon Mull
The first in the Five Kingdom Series. Sixth-grader Cole is whisked through a portal to the Outskirts, an in-between world.  With the magic of the Outskirts starting to unravel, it’s up to Cole to rescue his friends, set things right in the Outskirts, and hopefully find his way back home…before his existence is forgotten. (For ages 10+)