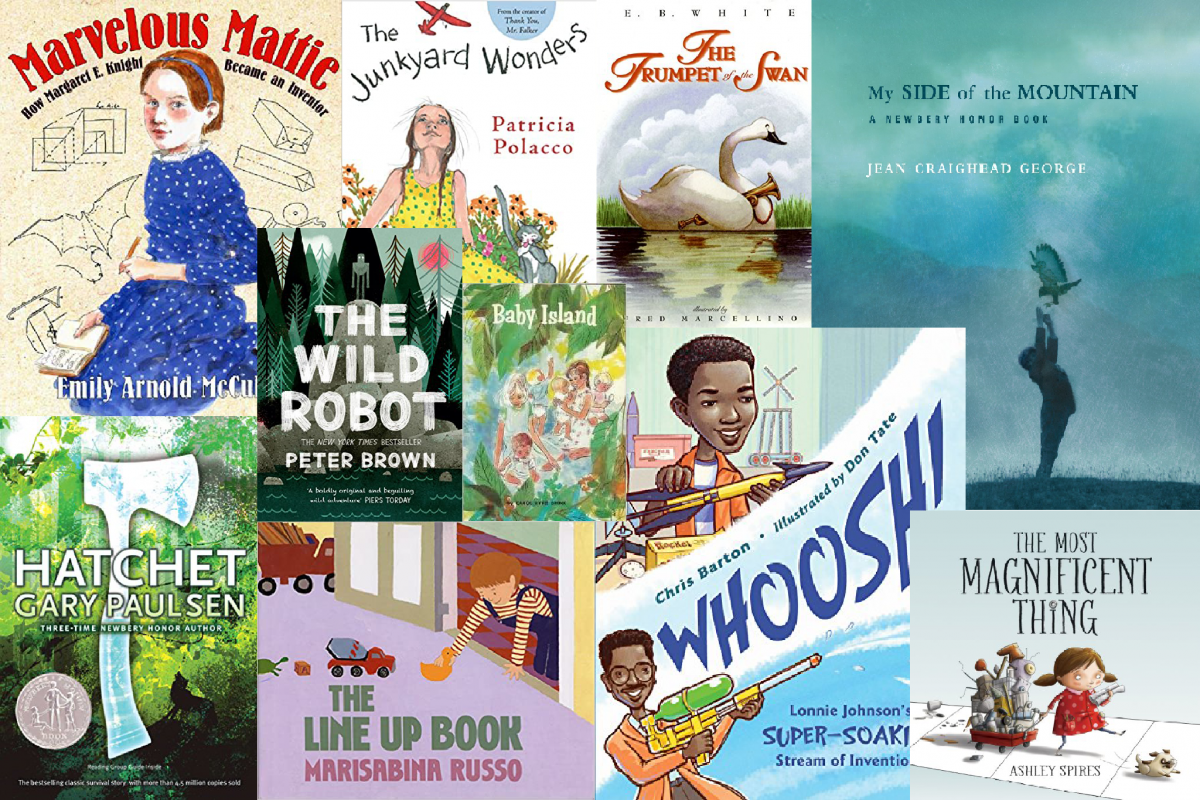 “Nothing is impossible, the word itself says ‘I’m possible’!”
― Audrey Hepburn

RESOURCEFULNESS: To act effectively and imaginatively, to use information and available resources wisely and efficiently.

Catch phrase: You can figure this out!

The character trait this month feels like more of a rallying cry for parents trying to navigate this summer and next school year—You can figure this out! How many of you have tried to make plans only to have them postponed, rearranged, or canceled? Who had a very different expectation for how their summer would look? Anyone scrambling to find a solution that (mostly) works for learning this year? As adults, we are adapting, rethinking, and translating constantly as information and regulations and options continue to flux. As our children watch us flex our Resourcefulness muscle, they are seeing it modeled to them firsthand and experiencing just how powerful a trait it can be. When problems before feel insurmountable, how do we use our resources (including our wonder and imaginations) to find a path through (or over or under)? How have you and your children already been resourceful this year?

Below our librarian curated a book list to read (out loud!) together exploring this month’s character trait, Resourcefulness. Let us know your favorites and why in the comments below! 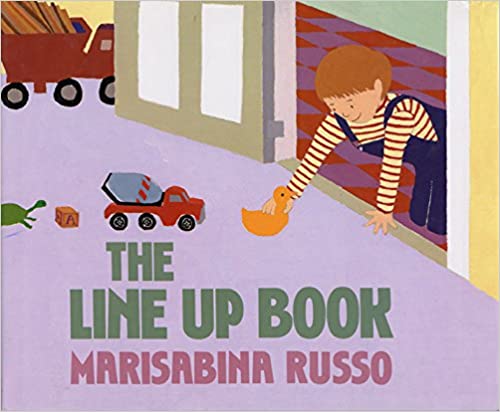 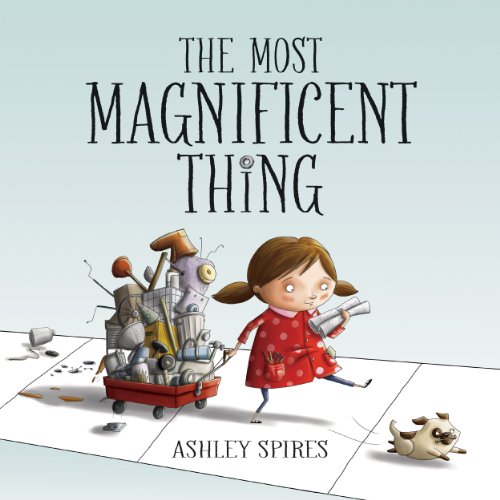 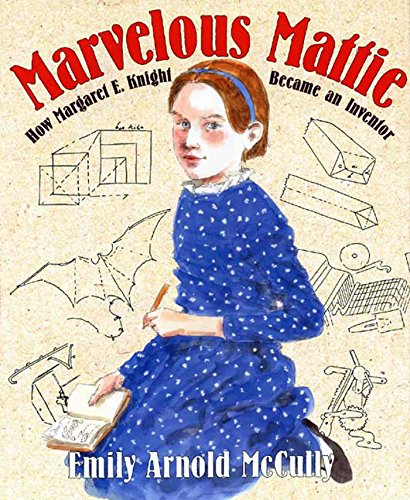 The Line Up Book by Marisabina Russo
Sam has just dumped his blocks on the floor when his mother calls him to lunch. Sam begins to line up his blocks; they stretch out from his bedroom door. Again, his mother calls him. “Just a minute,” Sam calls back. His line needs to be longer; what can he use? All kinds of things, until Sam is just a few feet from the kitchen. But mother is almost out of patience. She counts to three, while Sam racks his brain for a way to bridge the gap to the kitchen door. On the count of “Three!” Sam’s mother comes to see what has delayed him. “It’s terrific,” she admits, seeing his finished work, “but next time please come when I call you!” Young readers will be delighted by Sam’s resourcefulness and determination. (For ages 3+)

The Most Magnificent Thing by Ashley Spires
A little girl has a wonderful idea. With the help of her canine assistant, “she is going to make the most MAGNIFICENT thing! She knows just how it will look. She knows just how it will work. All she has to do is make it, and she makes things all the time. Easy-peasy!” Imaginatively repurposing junk, she begins creating. But making her magnificent thing is not easy, and the girl tries and fails, repeatedly. Will anger and frustration make her quit? (For ages 5+)
This book is used in one of our Kindergarten Block Play units! Subscribe and get your first month free:

Marvelous Mattie by Emily Arnold McCully
A biography of a prolific inventor who became the first woman to receive a U.S. patent. Margaret Knight could make almost anything – toys, sleds, a foot warmer. At twelve years of age, Mattie designed a metal guard to prevent shuttles from shooting off textile looms and injuring workers. As an adult, Mattie invented the machine that makes those square-bottom paper bags we still use today. However, in court, a man claimed the invention as his, scoffing that “Miss Knight could not possibly understand the mechanical complexities of the machine.” Mattie proved him wrong. A banner of sketches showing her various inventions runs along several pages. A short bibliography closes. Inspiring to readers of all ages. (For ages 7+) 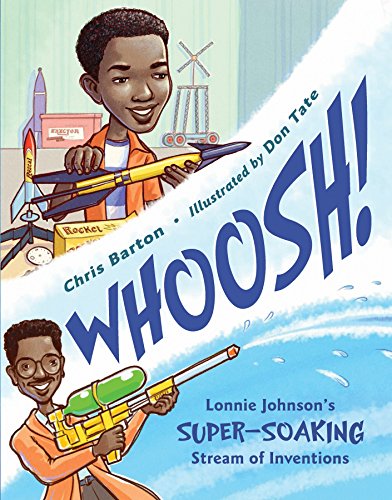 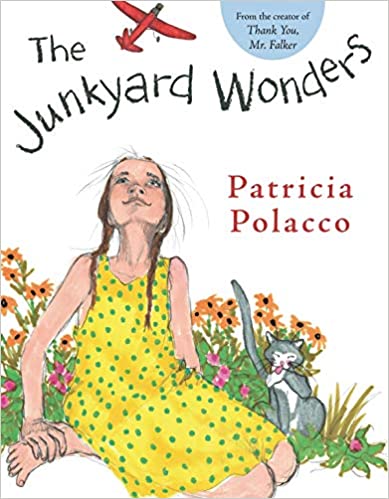 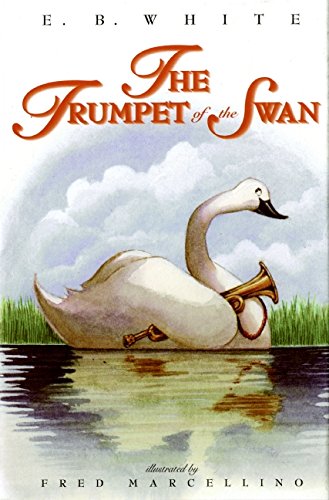 Whoosh: Lonnie Johnson’s Super Soaking Stream of Inventions by Chris Barton, illustrated by Don Tate
Another biography of a prolific inventor. Lonnie grew up in the 1950s with five siblings “squeezed into their parents’ small house in Mobile, Alabama.” Always tinkering with scraps, spare parts and junkyard finds, he made rockets from scratch, and even built his own robot named Linex with jukebox switches and his little sister’s walkie-talkie. In 1968, his robot took first place at the science-fair competition held at the University of Alabama, where Lonnie was the only black high school student to participate. As an engineer, Lonnie worked for NASA’s Jet Propulsion Laboratory, where he created a lightweight backup system for the Galileo space probe. One day, Lonnie was working on a new refrigerator and air-conditioning cooling system, using the faucet in his bathroom sink, a hose, pump and nozzle– when, suddenly, “WHOOSH!” Water sprayed out with such force, he decided his contraption “would make a great water gun.” With dogged persistence, he approached toy company after toy company with his invention. Johnson is still very much in the invention game, developing an advanced solar-energy system. A lively story of persistence and passion for problem-solving. (For ages 7+)

Junkyard Wonders by Patricia Polacco
Looking forward to a fresh start at a new school, Trisha is crestfallen when she is assigned to a special class with children who are different. But Mrs. Peterson, their teacher, believes in them. She divides her students into tribes, and takes them to a junkyard, which she describes as “a place of possibilities . . . amazing things waiting to be made into something new.” Trisha’s tribe reclaims and restores an old model plane which they intend to send to the moon. Despite a school bully, they manages a triumphant launch. Polacco’s inspiring story includes a note on the subsequent successful lives of her former tribe members, revealing how they did make it to the moon after all. (For ages 7+)

The Trumpet of the Swan, by E.B. White, illustrated by Garth Williams
Louis is a trumpeter swan– but unlike his four brothers and sisters, he cannot trumpet joyfully. In fact, he can’t even make a sound. And since he can’t trumpet his love, the beautiful swan Serena pays absolutely no attention to him. Louis tries everything he can think of to win Serena’s affection—he even goes to school to learn to read and write. But nothing seems to work. Then his father finds him a real brass trumpet. Is a musical instrument the key to winning his love? (For ages 8+) 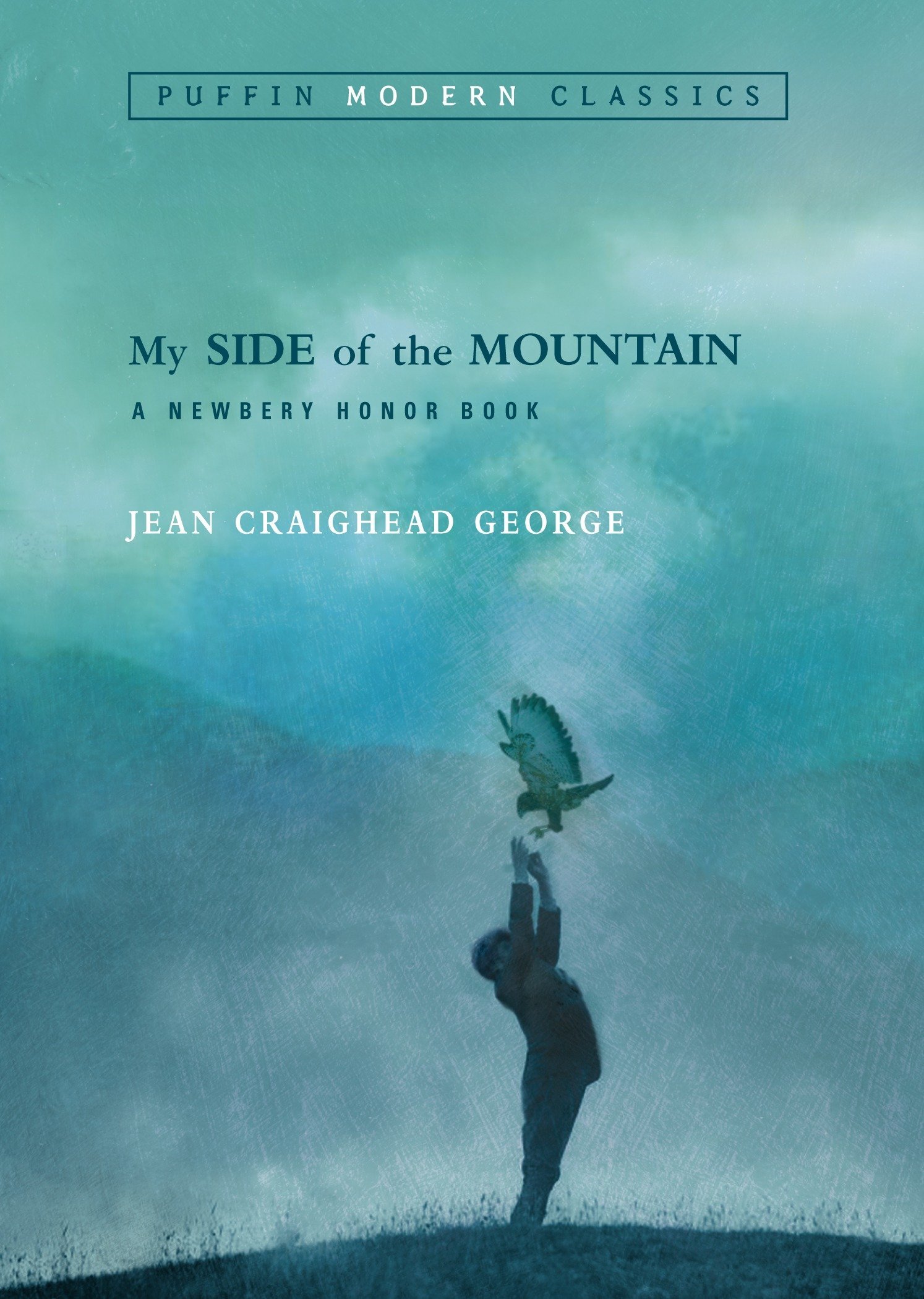 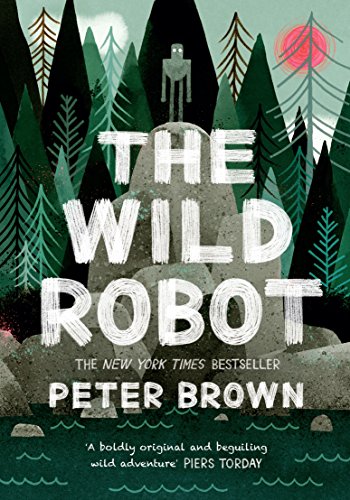 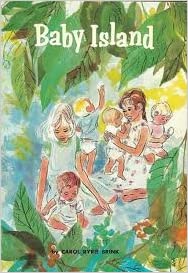 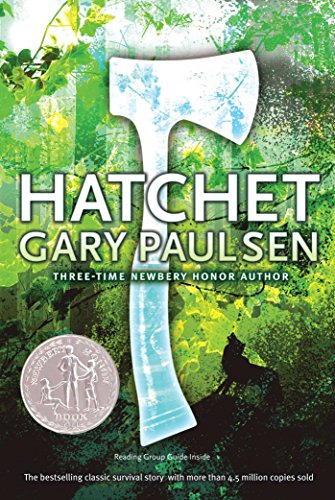 My Side of the Mountain, by Jean Craighead George
A thirteen-year-old boy’s diary and sketchbook, relating his adventures during the year he spends living alone in the Catskill Mountains. He reflects honestly on his struggle for survival, his dependence on nature, his animal friends, and his ultimate realization that he needs human companionship. (For ages 8+)

The Wild Robot by Peter Brown
Roz the robot discovers that she is alone on a remote, wild island with no memory of how she got there or what her purpose is. Her only hope for survival is to adapt to her surroundings and learn from the island’s unwelcoming animal inhabitants. An action-packed novel about nature and technology from an award-winning author and illustrator. (For ages 8+)

Baby Island by Carol Ryrie Brink
Sailing from San Francisco to Australia to meet their father, Mary (age 12) and Jean (age 10) are shipwrecked on a deserted island. With them are the four adorable babies they’ve enjoyed babysitting on the long voyage. Right away, the resourceful sisters set out to make the island a home for themselves and the little ones. But are they alone? Who made those huge footprints in the sand? A charming survival story from the Newbery Medalist author of Caddie Woodlawn. (For ages 8+)

Hatchet by Gary Paulsen
Brian Robeson is traveling by single-engine plane to visit his father for the first time since the divorce. When the plane crashes, killing the pilot, the sole survivor is thirteen-year-old Brian. He is alone in the Canadian wilderness with nothing but his clothing, a tattered windbreaker, and the hatchet his mother had given him as a present. At first consumed by despair and self-pity, Brian slowly learns survival skills—how to make a shelter for himself, how to hunt and fish and forage for food, how to make a fire—and even finds the courage to start over from scratch when a tornado ravages his campsite. When Brian is finally rescued after fifty-four days in the wild, he emerges from his ordeal with new patience and maturity, and a greater understanding of himself and his parents. Winner of the Newbery award, 2006. (For ages 12+)

@wisdomwonderproject
Are you interested in the Singapore Math method, b

"There are many little ways to enlarge your child'

Yes, it's winter, but we could all do with a remin

🎉GIVEAWAY🎉 ⠀ ⠀ Participate in this month

“I say to you today, my friends, so even thought

Venn Diagrams are a fun way to contrast and compar

What comes to mind when you first think of steward

This error message is only visible to WordPress admins