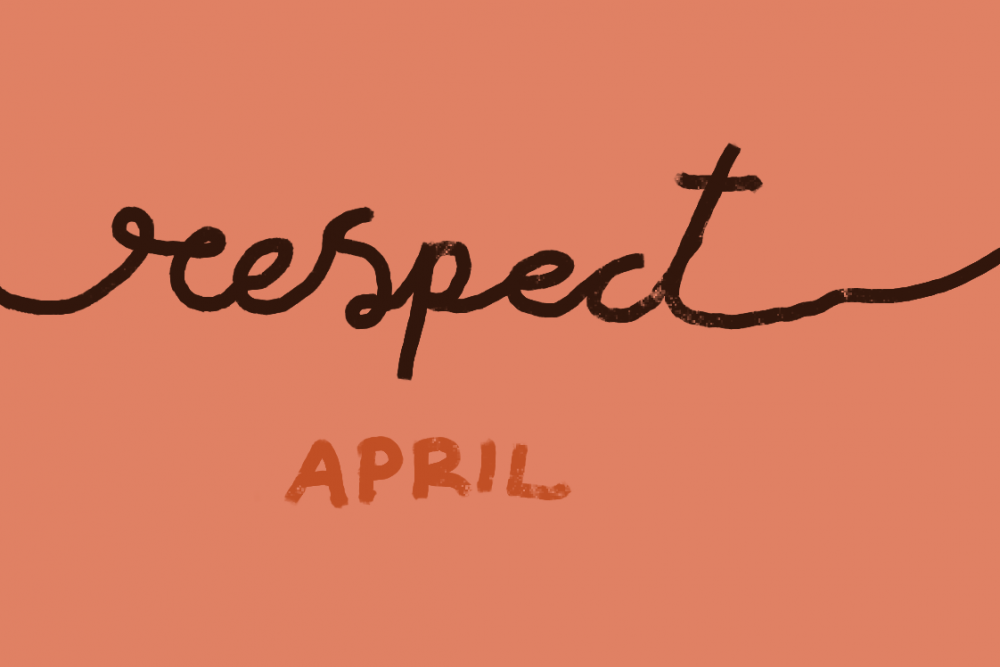 I hope I’m not the only one who wants to start belting Aretha Franklin when I see this month’s character trait—”R-E-S-P-E-C-T, find out what it means to me.” (go ahead, you know you want to, too).

I recently talked to another parent who was telling me how she has decided to reclaim cooking dinner. She explained that after having kids, the joy was sucked out of cooking for her—it became out getting food on the table, day after day. It stopped being about creating something nourishing and delicious, acquiring new and interesting ingredients, or developing herself as a cook. With not a lot of time in her schedule to create, she decided to take back dinners as her opportunity to be creative. Without sharing her new shift of intention toward nightly meals with her family, she served up a new meal at dinnertime. In response, her preteen said she was going to pretend to be a food critic tonight—proceeding to jovially critique the meal with each bite. While the rest of the table laughed, my friend was not feeling the humor. She was trying to love cooking again and here her family was (inadvertently) shutting it down! What she needed tonight (and probably for several nights thereafter), was a little R-E-S-P-E-C-T. So she decided to share with her family what she was trying to do, and asked for their encouragement and sensitivity. So often we expect respect (say that five times fast) because of position or authority, but sometimes we need to ask for it. Just like Aretha, we gotta communicate our needs and expectations. It’s part of practicing respect within ourselves, demonstrating self-respect. 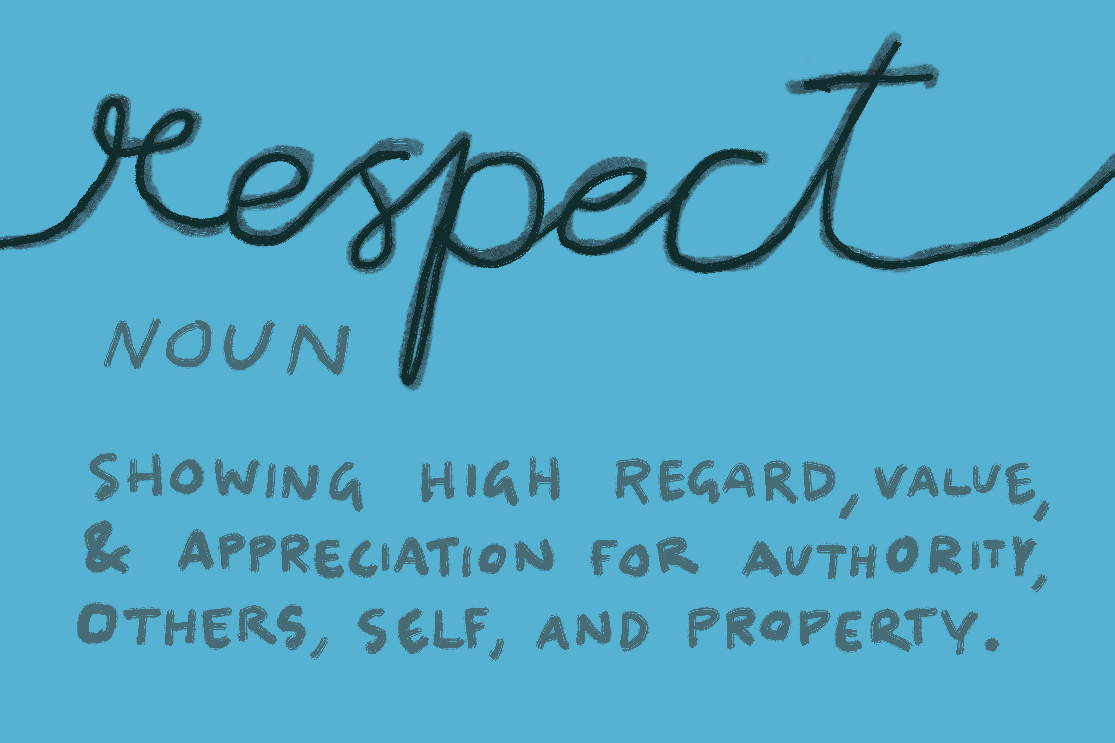 Our definition for respect is showing high regard, value, and appreciation for authority, others, self, and property. Whether or not we like someone isn’t contingent on respecting them. We can recognize a person’s inherent value, and treat them as someone who matters, regardless of our personal preference. You don’t have to like the dinner I served, but you can show appreciation and high regard for the effort put into making the meal. It’s a simple shift in perspective. In other words, as our Catch Phrase puts it, You don’t have to like or agree with everyone, but you do need to treat them with respect.

How about this quote from Laurence Sterne, “Respect for ourselves guides our morals, respect for others guides our manners.” What do you value, or show high regard for, within yourself? How has this shaped the decisions you’ve made, and how has it developed your morality? The idea that respecting others directs my manners feels obvious to me, but I’m doing some serious self-reflecting right now on how my self-respect (or lack of at times) has guided my morals. Good thing I have a whole month to focus on this character trait!

So how do we foster this character trait within ourselves and our children? Below you will find some discussion questions and activities to promote respect (and respect-full conversations!) within your home:

Another way to keep this character trait of the month top of mind is to print and hang our Respect poster! Click here to download.