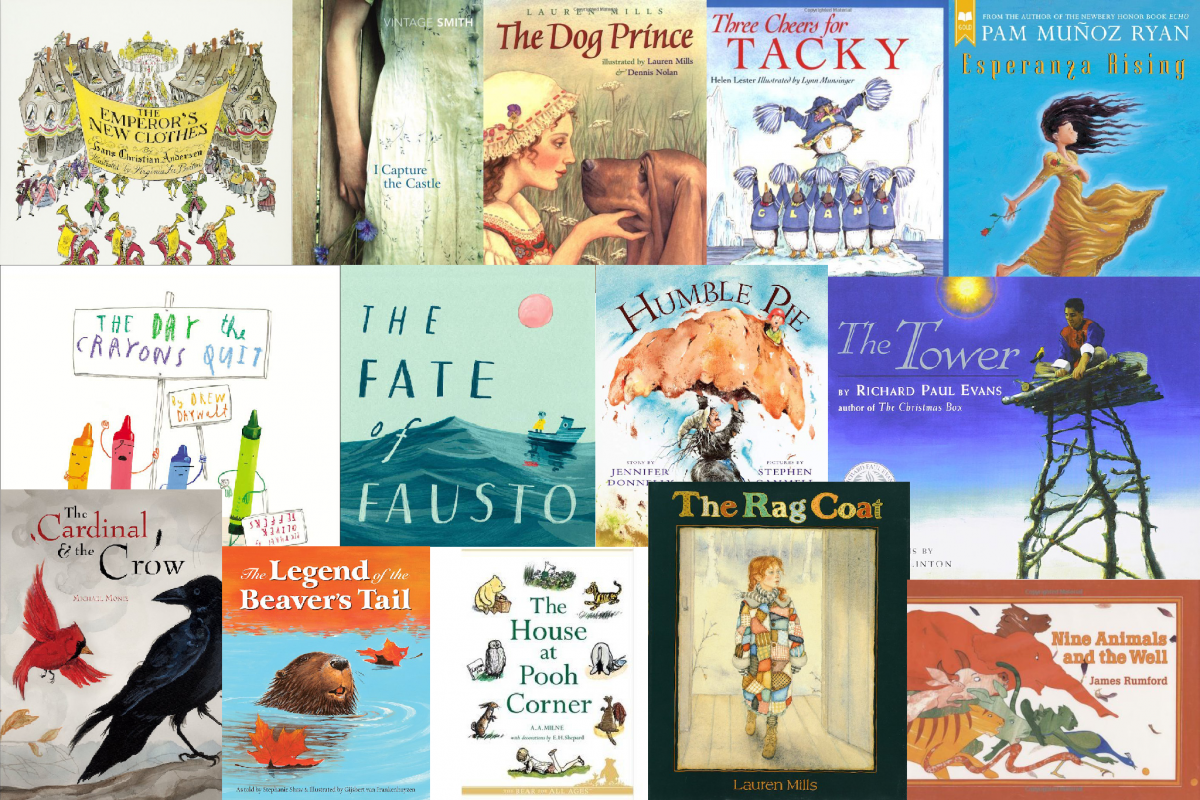 “True humility does not know that it is humble. If it did, it would be proud from the contemplation of so fine a virtue.”
― Martin Luther

HUMILITY: Knowing, accepting and being who we are while demonstrating modesty about our accomplishments and gifts, admitting mistakes and valuing others for who they are and for their input.

Catch Phrase: Admit mistakes and cheer others on.

Humility. This is a tricky character trait to not only define but to teach. Humility is not often a character trait that is prized in our current culture. Among sports stars, media personalities and political figures it is not often said of them, “Oh, they are so humble.” If anything they are the opposite. So, what is humility and why is it an important character trait for us to teach our students?

It takes humility to admit when you are wrong or have failed, to put someone else’s needs before your own, and to not take all the credit for a positive outcome you contributed to. It can be a tricky balance––it is not being self-deprecating but it is acknowledging your gifts, accomplishments, and talents with modesty. When we are not humble about our accomplishments, etc., we are in essence saying to another person, “I am better than you.” And that is arrogance, a character trait that will not bring healthy growth. The word humility can sometimes have negative connotations because of words and phrases associated with it, like humiliation, “to be humbled” or “eating humble pie”. No one wants to be humbled or humiliated, those are not a choice you make.  Humility is a choice that we make to think more of others and less of ourselves.

Here our librarians have curated a list of beautiful books with stories and characters that either demonstrate humility or perhaps are in need of some. Either way, their stories help us to not only define humility but give examples of how to display it as well. 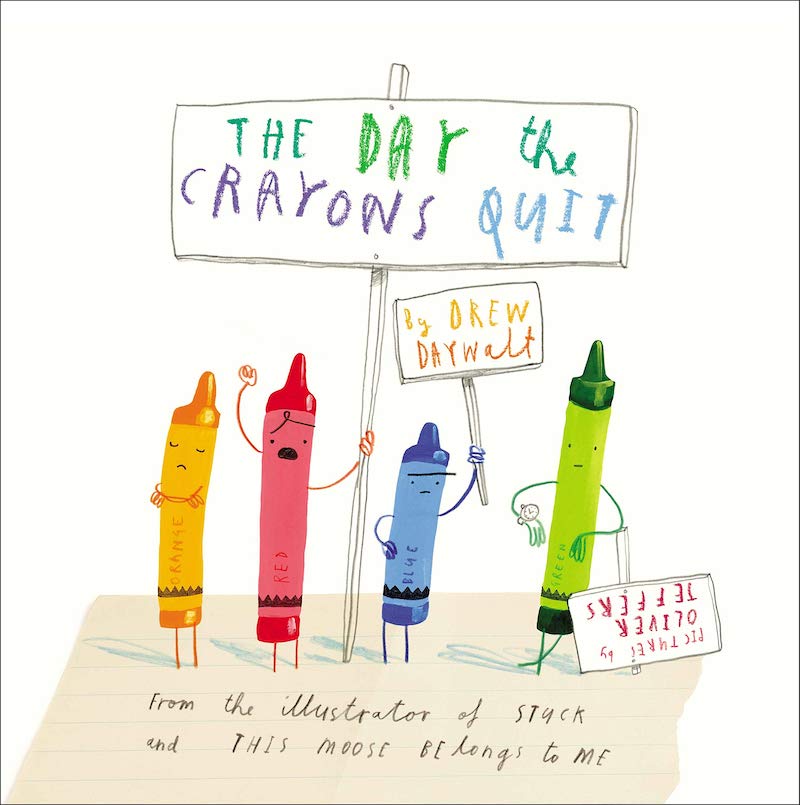 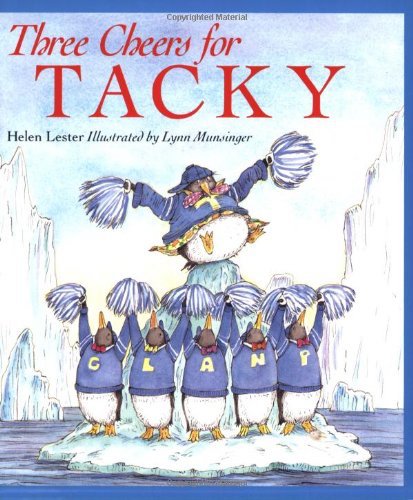 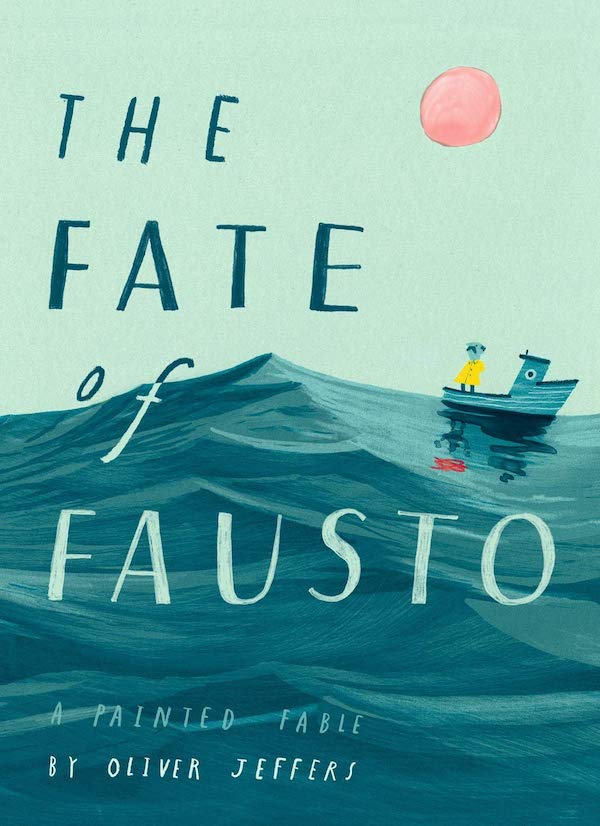 The Day the Crayons Quit by Drew Daywalt
This is a humorous book with fun illustrations about crayons who become conceited and start complaining about their purpose in life. Duncan, the main character, helps address each issue and the crayons learn to value each other and cooperate. (For ages 3+)

Three Cheers for Tacky by Helen Lester
Tacky is determined to help the penguin cheering team win the shiny first-place bow ties in the Penguin Cheering Contest, but the team worries that bumbling Tacky will have trouble following the routine. (For ages 3+)

The Fate of Fausto: a painted fable by Oliver Jeffers
A story about a selfish man who sets out to prove that he is the boss of everything.  “You are mine,” Fausto said to the flower, the sheep, and the mountain, and they all bowed before him. But they were not enough for Fausto, so he conquered a boat and set out to sea. (For ages 4+) 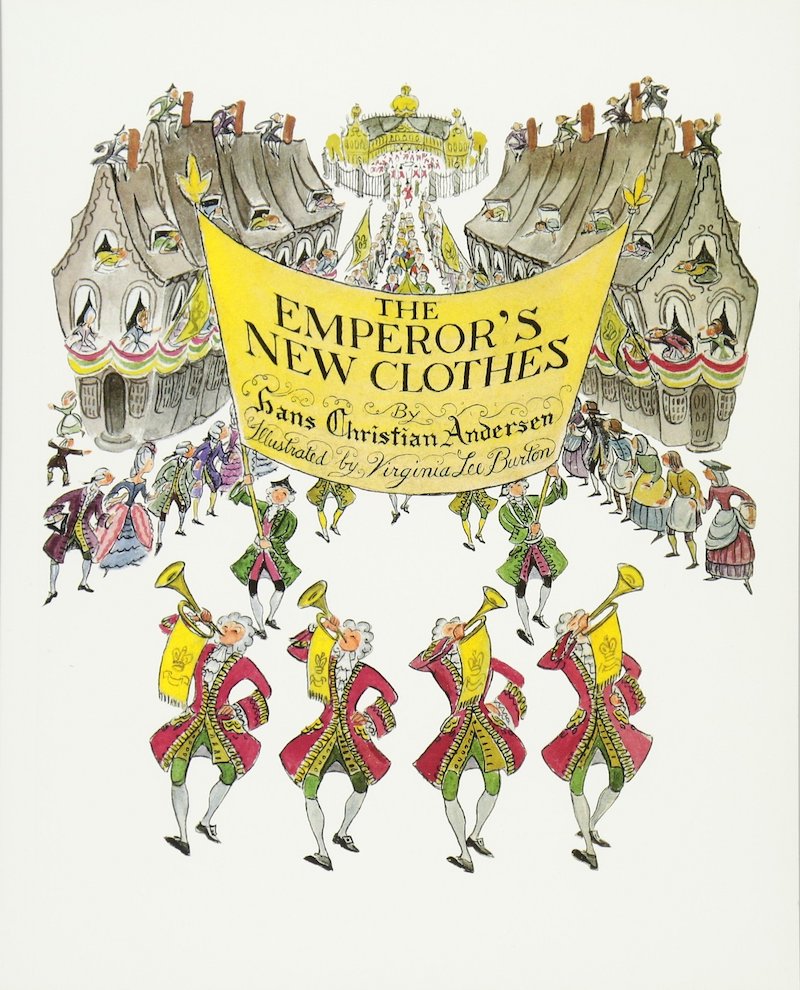 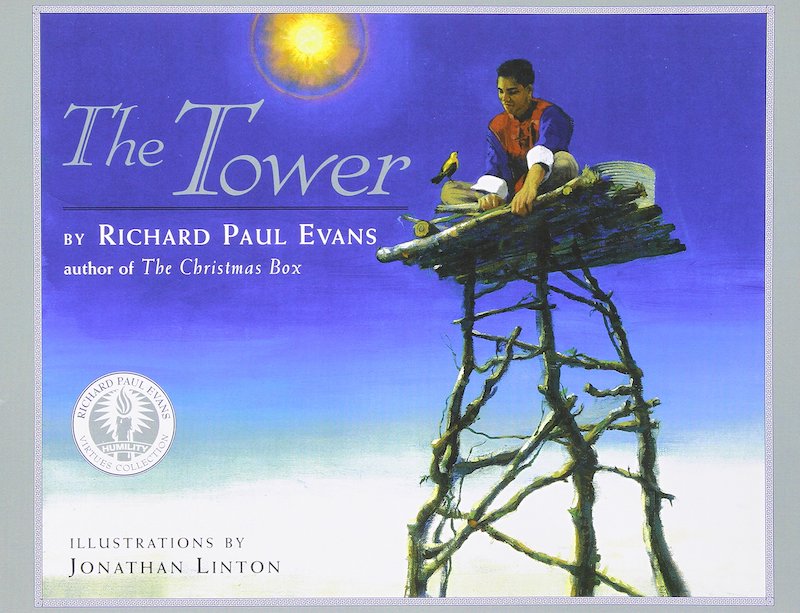 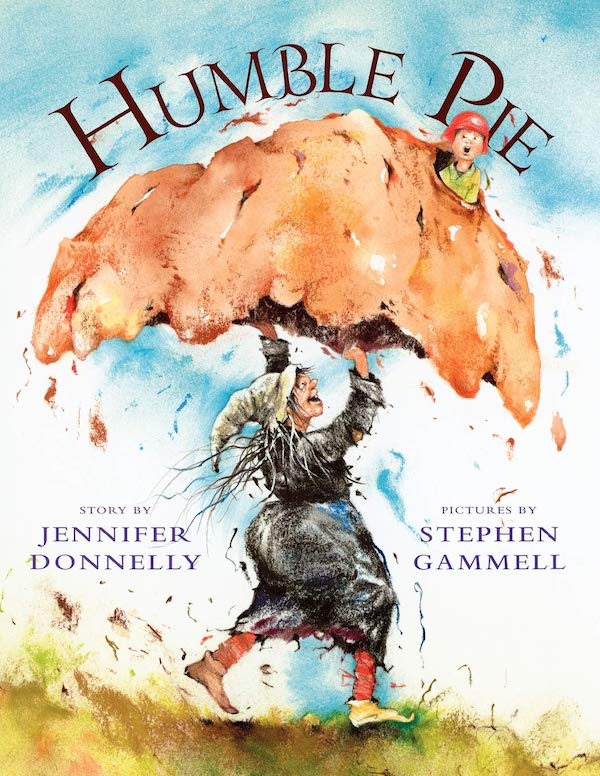 The Emperor’s New Clothes by Hans Christian Andersen, illustrated by Virginia Lee Burton
A well-known tale about how the vain emperor learns a lesson in humility, as only Hans Christian Andersen can tell it. Any version of this story will do, but one of our favorites is illustrated by Virginia Lee Burton, creator of such favorites as Mike Mulligan and His Steam Shovel, The Little House, and Katy and the Big Snow. (For ages 4+)

The Tower: A Story of Humility by Richard Paul Evans
As the title suggests, the purpose of this book is to teach about humility. Set in ancient China, a young man builds a high tower in the hopes of making himself great, only to discover how wrong he is. Through meeting a wise old woman he learns, ”To be great is not to be higher than another, but to lift another higher.” (For ages 4+)

Humble Pie by Jennifer Donnelly
This wise and funny tale is set in medieval times and opens with the line, “Once upon a time, and a long time ago it was, there lived a very bad boy named Theo.” Kids seem to love stories about naughty children, don’t they? When his grandmother bakes the greedy, selfish boy into a gigantic, magical “humble pie,” he eventually learns compassion and humility. (For ages 4+) 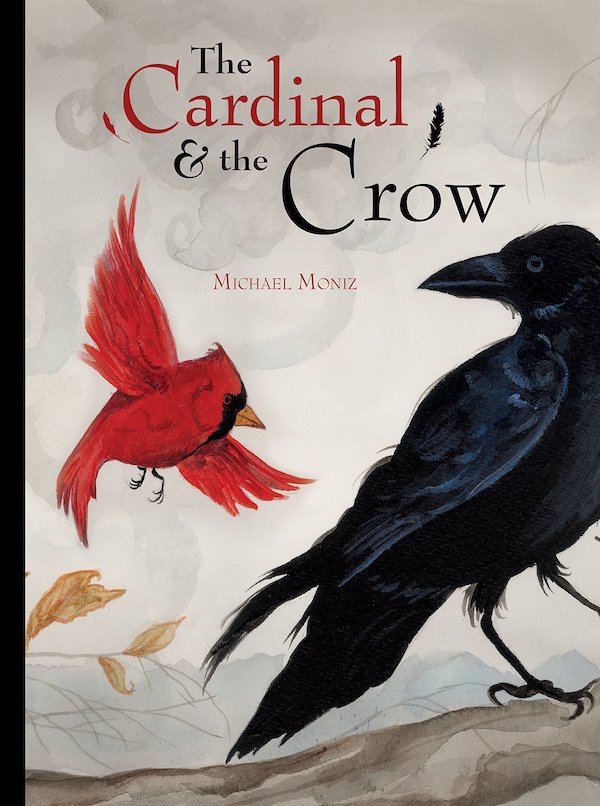 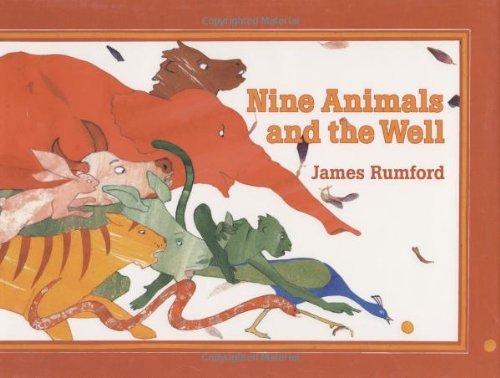 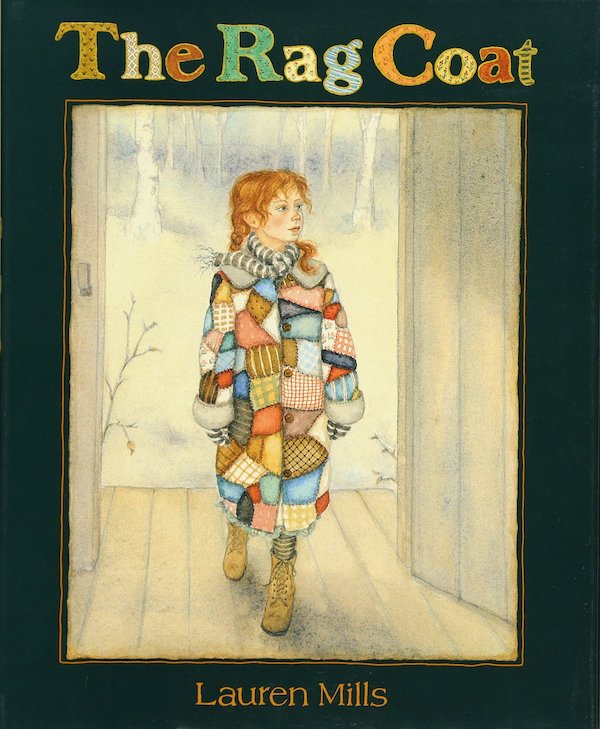 The Cardinal and the Crow by Michael Moniz
Inspired by Aesop’s fables, here’s a story about a smart crow and a boastful cardinal, with the moral “pride and foolishness often go hand in hand.” (For ages 4+)

Nine Animals and the Well by James Rumford
A fable about a group of animals which strives to bring the perfect present to the Indian raja-king’s birthday party. Discusses how the numerals we use originated in India. (For ages 5+)

The Rag Coat by Lauren Mills
Minna, a young Appalachian girl, wants to attend school, but she doesn’t have a coat. Her father has just died and her family cannot afford one. When a group of mothers who gather at her house regularly to make quilts hear of her problem, they decide to help her. Minna is thrilled, but when the new coat is finished and she wears it to the one-room schoolhouse, she is teased by her classmates for wearing rags. Minna is hurt, but she eventually gains their interest when she explains that her coat is full of stories–their stories–for each scrap has come from one of their homes. (For ages 6+)
We have a Kindergarten Book A Week unit on this book to really make it come alive! 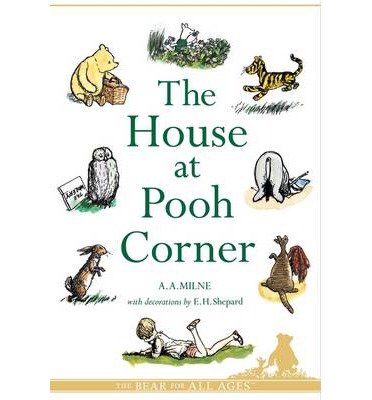 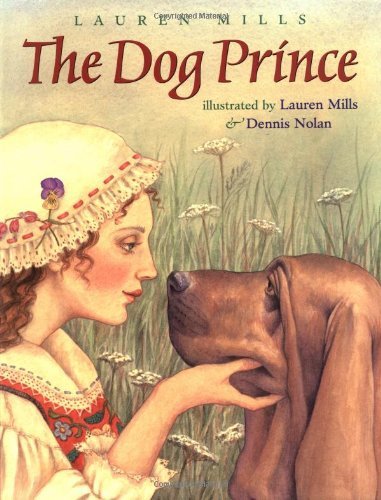 Winnie-the-Pooh and The House at Pooh Corner by A. A. Milne
There’s always a lot to learn from wise and humble Pooh. A wonderful read-aloud. (For ages 6+)

The Legend of the Beaver’s Tail by Stephanie Shaw
This is a retelling of an Ojibwe legend, about how Beaver once had a fluffy, soft tail that made him so prideful he drove away his friends. Learn how his vanity eventually results in a flattened tail. (For ages 7+)

The Dog Prince by Lauren Mills
A Beauty and the Beast-like fairytale in which a haughty prince learns the classic “pride goeth before a fall” lesson. (For ages 7+) 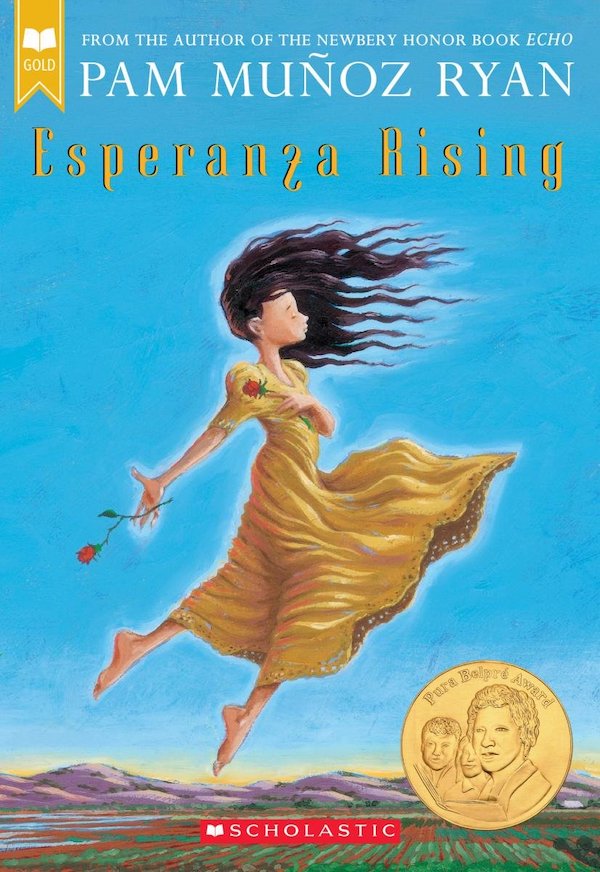 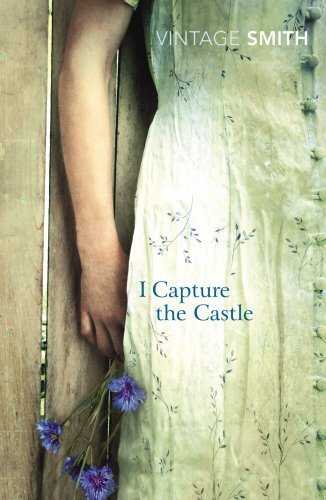 Esperanza Rising by Pam Muñoz Ryan
This award-winning novel for middle schoolers is set during the Depression in the 1930s and follows a wealthy Mexican girl’s fall from riches. Esperanza must adjust to a much humbler lifestyle as an immigrant farmworker in California, and find a way to overcome her difficult circumstances. (For ages 8+)

I Capture the Castle by Dodie Smith
The story of 17-year-old Cassandra and her family, who live in not-so-genteel poverty in a ramshackle old English castle. Over six difficult months, she fills three diaries with sharply funny yet poignant entries and manages to find herself hopelessly in love. By the time she pens her final entry, she has “captured the castle.” Another classic by the author of 101 Dalmatians. (For ages 12+)