Roseanne Greenfield Thong’s Round is a Tortilla | Wisdom Wonder Project 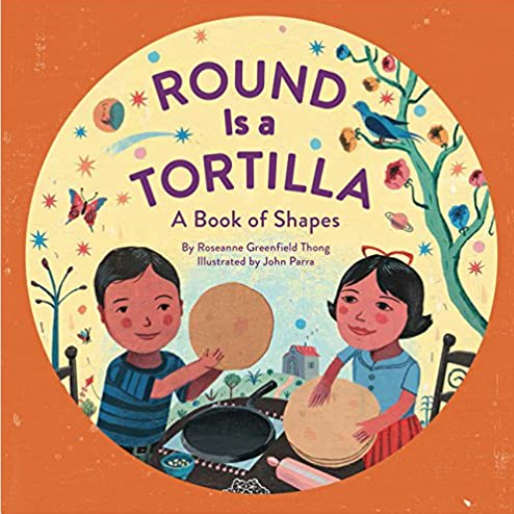 Roseanne Greenfield Thong's Round is a Tortilla

Journey through the shapes of Mexico from round tortillas to rectangular paletas. Some of the activities in this book a week unit are making a wall hanging, block sorting, and making puffy paint stars.

The author Roseanne Greenfield Thong composed her first poem at age four. At seven, her poems were published in the local newspaper. Roseanne began writing in the mornings while still in bed because she was not supposed to get up until 7 a.m. Roseanne taught English all over the world before writing her first picture book, Round is a Mooncake. She wrote it after not being able to find a relevant book about shapes while living in Hong Kong. The illustrator John Parra is best known for his illustrations depicting Latinx themes. Having grown up in Santa Barbara, California, he was inspired by both his family heritage and the rich culture he saw every day as he explored his city. He has won many awards for his illustrations and shows his original art in a number of galleries and private collections. He has taught art at the Carnegie Art Museum in Oxnard, CA and now lives and paints in Queens, New York with his wife.